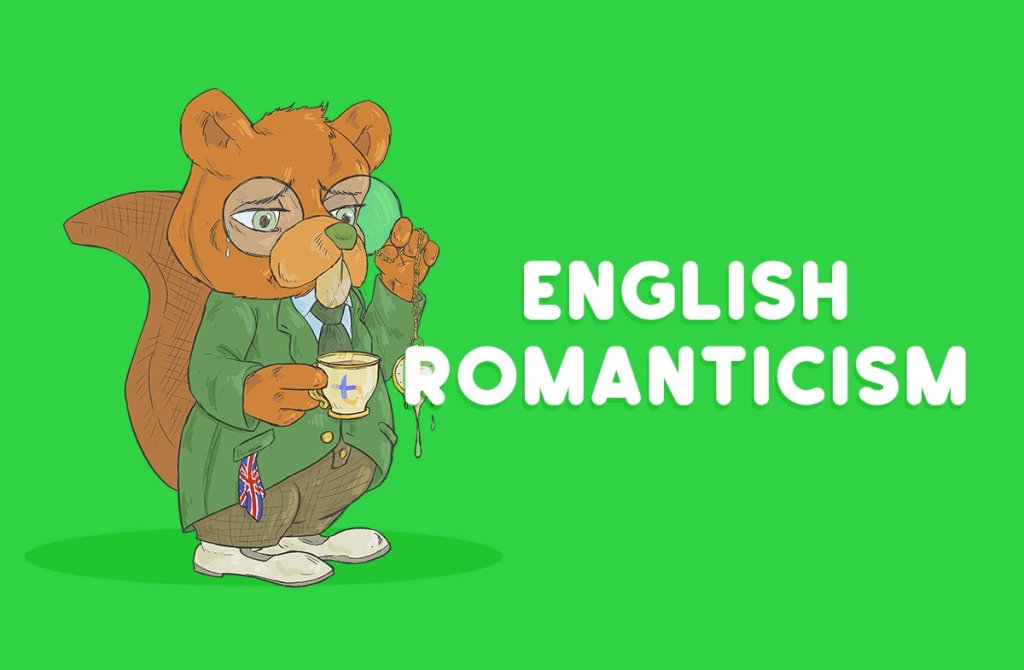 “My mind feels as if it ached to behold and know something great, something on and indivisible – and it is only the faith of this that rocks or waterfalls, mountains or caverns, give me the sense of sublimity”

In this extract of the letter written by Samuel Taylor Coleridge to John Thelwall on the 14th October 1797, we can find some tenets of English Romanticism. However, we firstly have to figure out what this movement was and why it has played such a considerable role in literature, art and music. If we had to define Romanticism we could state that it was an artistic movement that spread in Europe at the end of the 18th century and hit its peak in the first half of the 19th century. It found expression in several fields such as art, music, drama, philosophy, poetry and literature. Its exponents produced their works of art, texts and reasoning because they wanted to oppose the dominant ideas of the Enlightenment that tied their soul and introspection down.

The new romantic sensibility claimed the supremacy of feelings and emotions, including elements of introspections, emotionalism, and individualism. Therefore, it is evident that not only did it change the perception of the world, but it also led to a new way of considering the role of humans in the universe. The outstanding detachment of Romanticism from the Enlightenment comes precisely at this level. These thinkers and artists felt the need to set themselves free from the rules and order that the previous Age of Reason had established.

During Romanticism, humble and everyday life started to gain importance.  Great attention was paid to the countryside as a place that hadn’t been spoiled by modernised civilisation and industrialisation, yet. Another concern romantic poets focused on was the experience of childhood. Children were nearer to God than the adults because they hadn’t been spoiled by civilisation. Their soul was considered to be purer than any other. The authors also started developing a new taste for nature: it was no longer an abstract concept, something which humans could illustrate and control thanks to the faculty of reason. Nature became the manifestation of the divine power on earth, and so an idea was reintroduced: the sublime.

The concept of the sublime

This term, coming from Latin, was used to express beauty in regards to objects. In the 18th century, however, it was recovered by philosophers, who gave many interpretations to this notion. Undoubtedly the most famous depiction was given by Immanuel Kant in his Critique of Judgement, where he defined the sublime as the mixture of horror and pleasure given by the spectacle of the grandiosity and power of nature. Sublimity became easier to represent on a canvas rather than in words, therefore many painters started to represent their idea of sublime.

A precise representation of sublimity is the one achieved by the german painter Caspar David Friedrich in his work Wanderer above the sea of fog. Here, we can easily identify with the wanderer, seeing a beautiful, but at the same time frightening, landscape. The sharp rocks and the mysterious sea of fog make us understand what Kant meant in his definition of the sublime.

The centrality of Nature

We can now easily understand understand that the keyword of English Romanticism is “nature”. William Wordsworth, for example, was fond of the relationship between the natural world and human consciousness, and all the emotions it causes. To Wordsworth, nature comforts men in sorrow and it is a source of pleasure, happiness and joy. Another aspect we should consider when talking about Wordsworth is the notion of “recollection in tranquillity”. The emotions he experienced in nature are reproduced and purified through the re-creative power of memory, so that a “kindred” or refined emotion is recreated.

Wordsworth, Coleridge and the Lyrical Ballads

William Wordsworth was born in Cumberland (now named Cumbria) in 1770. After receiving his education at St. John’s College in Cambridge, he went on a tour of France and the Alps. He there got in touch with the ideals of the French Revolution, which he hoped could lead to a new social order. He also developed a strong friendship with the English poet Samuel Taylor Coleridge. They both lived in the Lake District, surrounded by nature, which gave them the inspiration to write wonderful poems.

Indeed, they wrote together a collection of poems called Lyrical Ballads, which first appeared in 1798. The most noteworthy edition of this collection was the second one, published in 1800, which contained the famous preface written by Wordsworth,  now considered the manifest of English Romanticism.

We can find all the facets of romantic poetry in William Wordsworth’s work I wandered lonely as a cloud, also known as Daffodils.It was composed and published in 1807 in Poems, in Two Volumes. The inspiration for this poem comes from a walk with his sister in the Lake District,  where he saw “a host of golden daffodils” dancing in the breeze. These wonderful flowers are enclosed in a natural landscape, unspoilt by humans.

It is in a “vacant or pensive mood” that Wordsworth remembers this scene which happened two years before, and still gives him a feeling of joy and happiness that fills his heart. During that time, he has filtered his emotions and created a purified one. Guided by these emotions, he has written words that make the readers feel the same feelings the author felt facing such a stunning panorama.

Such feelings and emotions are echoed by another passage from a letter of William Blake, which states: “The tree which moves some to tears of joy is in the eyes of others only a green thing that stands in the way. Some see nature all ridicule and deformity […] and some scarce see nature at all. But to the eyes of the man of imagination, nature is imagination itself ”.

A lot can be written about the heritage English Romanticism has given to us. Humankind has always been in touch with nature, so it does not represent a “revolution” in the relationship between human and nature. The radical change happened in the domain of imagination and subjectivism. From this quotation by Blake, we know that people may make different experiences from nature, but he is not talking about right or wrong interpretation. It is all about everyone’s experience, and this way of thinking can be brought to nowadays, where we have learned to respect others even though they do not feel the same emotions or share the same opinions as us.

Any cookies that may not be particularly necessary for the website to function and is used specifically to collect user personal data via analytics, ads, other embedded contents are termed as non-necessary cookies. It is mandatory to procure user consent prior to running these cookies on your website.